Looking back at all the places we stayed in while exploring South Africa’s wild places in 2019! 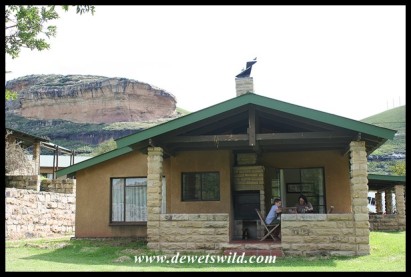 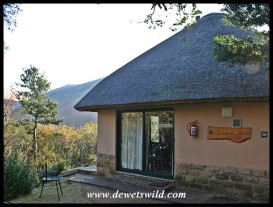 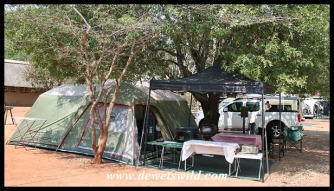 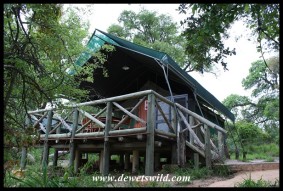 It’s time for our long-awaited month of summer holidays at Satara, in the Kruger National Park. We set off from Pretoria at 10am, drove 80% of the way in drenching rain – much appreciated in our drought stricken country – and finally arrived at Orpen Gate about an hour before the gates closed, just enough time to reach Tamboti Tented Camp, where we spent our first night in the bush. 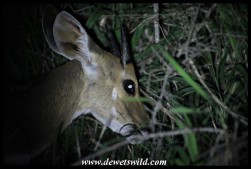 Spotted Hyena outside the fence at Tamboti

Orpen, on the western boundary of the Kruger National Park, is a popular gate into the central regions of the reserve, and just a few hundred meters away from the entrance is the quaint little rest camp with the same name.

Orpen Rest Camp welcomed its first guests in 1954, when the entrance into the Park was moved 10 kilometres westwards from the then entrance and camp at Rabelais that had been in operation since 1926. This expansion was possible due to the selfless actions of Mr James H. Orpen and his wife Eileen, who at their own expense bought seven farms, covering a massive 24,500 hectares, in this area between 1935 and 1944 and then donated it to be included in the Kruger Park. Mr Orpen, a surveyor by profession and also a member of the National Parks Board, further donated generously to the drilling of boreholes in the Kruger to provide permanent water sources for game inside the then unfenced Park, so that they did not need to migrate outside the protected area where they were at the mercy of hunters. The little museum hut on the site where Rabelais once stood is dedicated mostly to this generous couple, and the beautiful camp at Orpen carries their name in tribute.

Only a handful of guests can be accommodated in Orpen’s recently revamped, and fully equipped, lodgings – there’s twelve 2-bed bungalows and three 6-bed cottages – surrounded by rocky gardens and shady trees. The camp has a small but surprisingly well-stocked shop, with a fuel station available at the entrance gate (where there are also adequate facilities available for day visitors to stretch their legs and enjoy a picnic). In the camp, a swimming pool next to the perimeter fence is for the exclusive use of Orpen’s overnight guests. 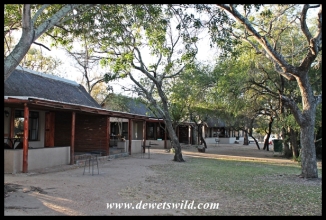 Orpen Rest Camp
One of Orpen’s most endearing features is the floodlit waterhole just on the other side of the perimeter fence, attracting a steady stream of game and birds of all shapes and descriptions throughout the day and night. During our visit to Orpen in April 2014, we were thrilled to watch in the hour before the gates open three of Africa’s large predators visiting the waterhole one after the other in the dark of early morning – first a spotted hyena, followed by a pair of leopards and then a pair of lions – while enjoying a breakfast of coffee and rusks on the veranda of our cottage! It will therefore come as no surprise to you to learn that the Orpen webcam, accessible through SANParks’ website, has a massive following from dedicated cam-watchers in all corners of the globe.

Orpen’s waterhole
Less than four kilometres from Orpen, and administered from there, lies the twin facilities of Tamboti Tented Camp and Maroela Camping Area, both on the banks of the Timbavati River and both named after prominent trees occurring in the area. At Tamboti, 40 safari-style tents (ten of which have their own bathrooms and kitchenettes) are arranged along the fence, offering fantastic views over the river course and the wildlife frequenting it, while Maroela has space for a maximum of twenty groups camping with caravans and tents. Both camps have electricity, communal ablutions and camp kitchens. Keep an eye open for the resident family of black-backed jackals at the turnoff to Maroela and Tamboti, especially in the early morning and late afternoon! 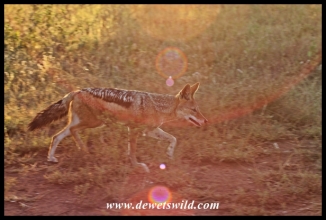 Black-backed jackal are frequently seen near Orpen, Maroela and Tamboti
The plains in the immediate vicinity of Orpen literally teems with an extraordinary number and variety of wildlife, which is a good thing as the road network from the camp is rather limited. The main tarred road heading into the Park from Orpen, the H7, leads to Satara Rest Camp and is one of the best roads in the Park for predator sightings, and thus extremely popular. Along the way, the gravel S106-loop that skirts Rabelais Pan offers an alternative to the tar road, which can get rather busy with holiday traffic on the way to Satara, for a few kilometres before joining it again, while the view point at Bobbejaankrans (“Baboon Cliff”) offers a beautiful vista over the Timbavati River below and the plains beyond (take time to scan the area with binoculars and you may be rewarded with glimpses of lions lazing on the sandy riverbed).

Impala are a guaranteed sighting on the road to Rabelais Pan

Lion are often encountered on the tar road to Satara

Lion are often encountered on the tar road to Satara

You may be lucky to see a cheetah near Orpen

Bobbejaankrans viewsite
It takes a drive of 25-or-so kilometres from Orpen before you’ll have to decide whether you’re continuing towards Satara, or to turn off the tar onto either of two very rewarding, but long, gravel routes. Turn north and you’ll be following the S39-road to the popular Timbavati picnic spot (and onwards to the Olifants River if you wish), or turn south and follow the S36-road towards the rustic, and much quieter, Muzandzeni and Nhlanguleni picnic spots. Over the years, we’ve had excellent sightings on both roads though the road towards Timbavati probably offers slightly more frequent encounters with Kruger’s big game.

Herds of wildebeest abound near Orpen

Gloomy skies over the H7 between Orpen and Satara
Orpen’s one of the Kruger’s smallest camps and as darkness settles on it, there’s little more than the soft mumbles of your fellow guests around their campfires to remind you that you’re not quite alone in this peaceful place. Staying awake as the rest of the camp’s guests retire to their accommodation, you’ll soon become aware of the symphony of African bush sounds laying claim to the night – a lion’s roar, a hyena’s whoop, an owl’s hoot, the call of a nightjar. And that scuffling sound coming from around the corner is well worth checking out with your flashlight; it may just be one of Orpen’s resident badgers, genets, civets or bushbabies coming to wish you a good night… 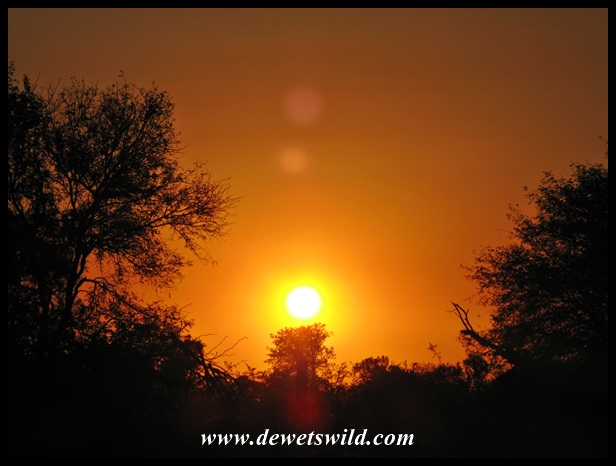