As soon as the gates opened on New Year’s Day we headed for the Rooiplaat Loop, the sightings board at reception having indicated that Lions and Cheetahs were seen there the previous day. And we did not wait long – right where the road skirts the Park’s boundary fence we came across a big male lion, known as Nomad, patrolling his territory.

We supposed that it was the proximity of the big predator that made these Black Wildebeest so jittery! 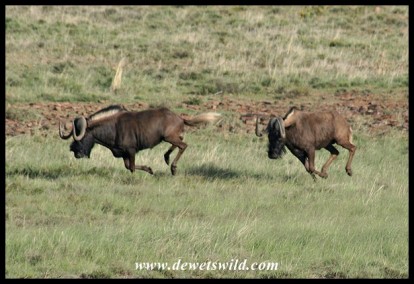 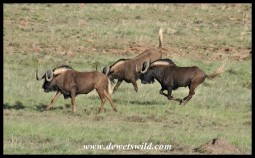 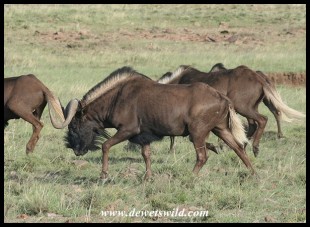 It’s early morning in the Mountain Zebra National Park and there’s so much to be seen! 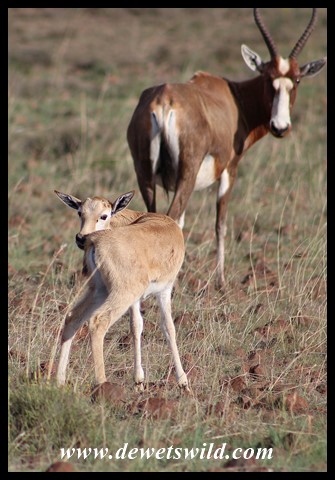 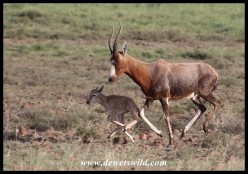 Windpump along a stream in the Mountain Zebra National Park 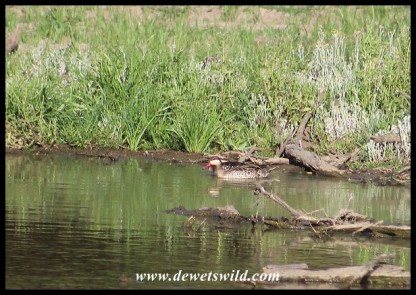 It was on the link road between Rooiplaat and Ubejane Loops that we happened upon these cute little Bat-eared Fox pups and their elders. More photos of them tomorrow!

Along the main road, between the two junctions with the Ubejane Loop, we saw this pair of unusually tolerant Secretarybirds – they’re normally quite nervous and move away from the road the moment a vehicle approaches, so this was a great opportunity to watch them in action. 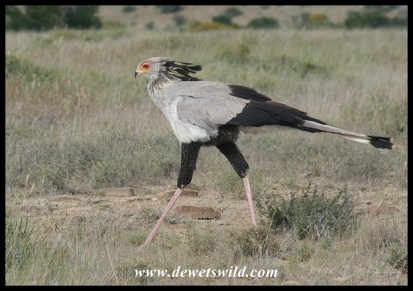 At the southern junction of Ubejane Loop with the main road there’s a small earth dam filled with rainwater. By the time we arrived there at mid-morning Cape Mountain Zebra families were arriving from all corners, along with some other wildlife, to slake their thirst and it was wonderful to watch their social interactions before heading back to camp. 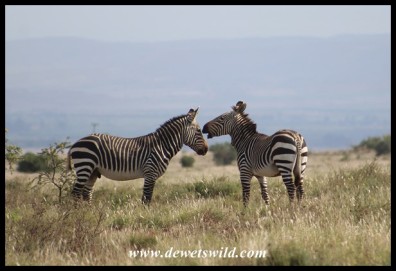 Back at camp there was time to kill either side of lunchtime, and thankfully there’s very much of interest around the accommodation and camping area. 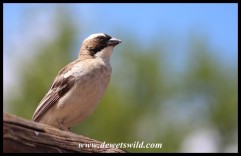 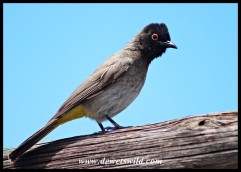 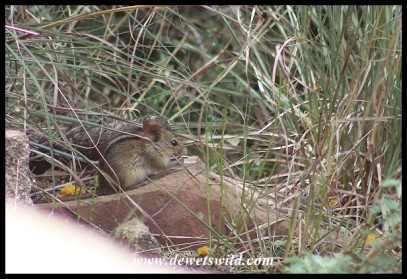 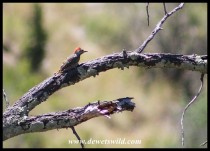 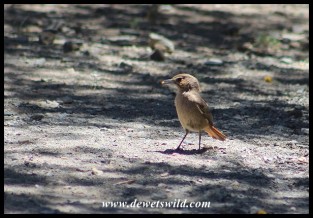 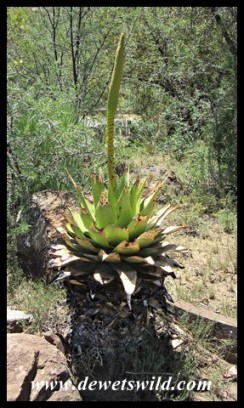 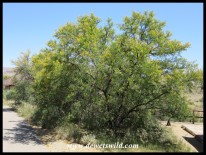 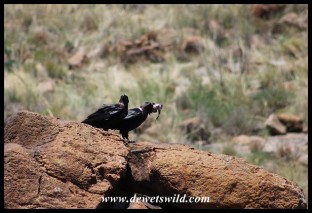 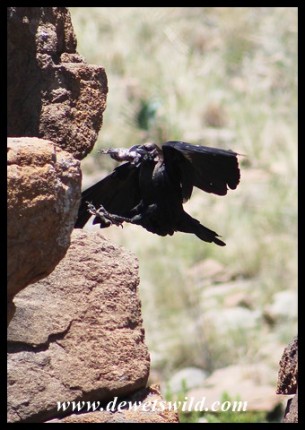 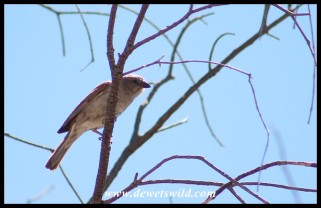 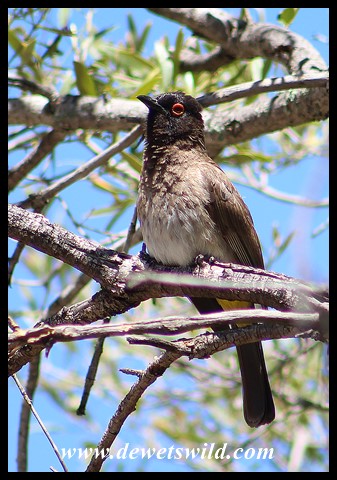 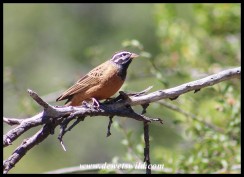 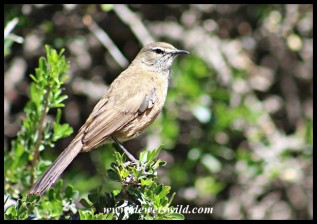 Our route for the afternoon would first take us into the mountains along the Kranskop Loop before taking another jaunt around the Rooiplaat Loop. 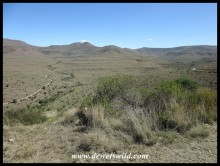 Amazing scenery along the Kranskop Loop

Amazing scenery along the Kranskop Loop 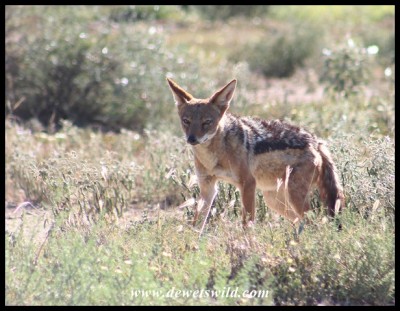 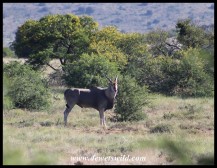 A real highlight of our afternoon drive was an encounter with a group of three Cheetahs – one adult and two youngsters – on the Rooiplaat Plateau, just half-an-hour before we had to be back in camp. 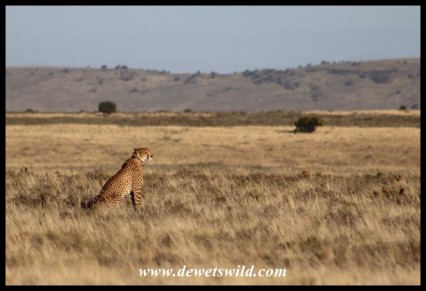 We posted a special feature about Mountain Zebra National Park following a previous visit, if you’d like to learn more about this special destination. 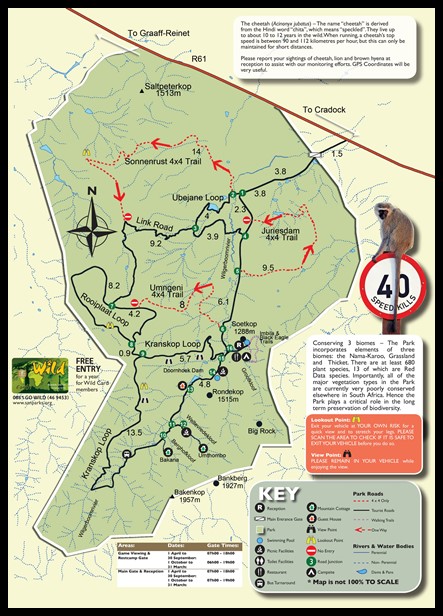