For such an arid area – average rainfall measures around 200mm per annum – the Kgalagadi Transfrontier Park is home to an astonishing variety of wildlife. Apart from a wide variety of desert-adapted plants and invertebrates, the Park’s lists boast 62 kinds of mammals, 274 species of bird (of which 78 are resident throughout the year), 48 sorts of reptiles (including 17 snake species) and seven kinds of frogs.

There’s three kinds of plants that really are characteristic of the Kalahari. The first is the Camel Thorns – huge trees growing in the beds of the Auob and Nossob River and about which we’ll be sharing more soon. Then, there’s the Gemsbok Cucumbers and Tsamma Melons; the fruits of which are made up of around 90%+ of water and both an invaluable source of moisture to all kinds of wildlife (including some carnivores). 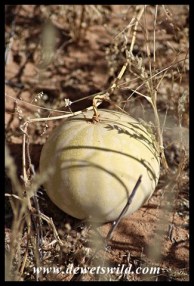 At the one end of the scale there’s a multitude of invertebrates and small reptiles and mammals taking up their respective positions in the food pyramid. The Kgalagadi Transfrontier Park allows a glimpse into their natural cycles and behaviours uniquely adapted to their arid environs. 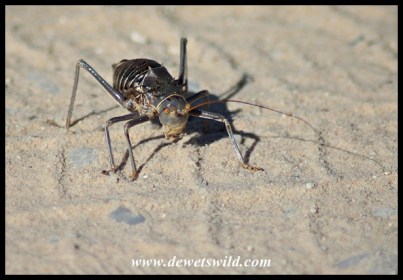 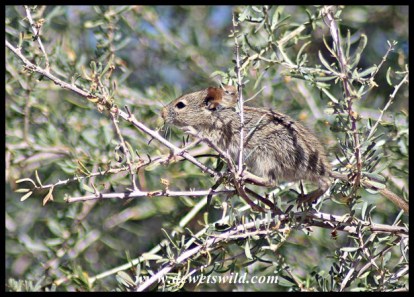 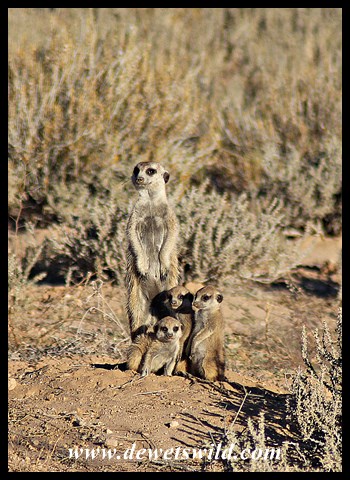 The Kalahari might best be known for the grand variety of raptors that soar its airways, but birdwatchers will not be disappointed by the variety of other, less fearsome but equally fascinating, feathered fauna that find a home here. 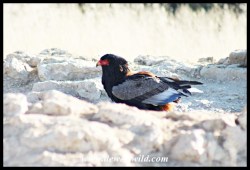 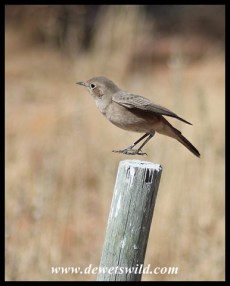 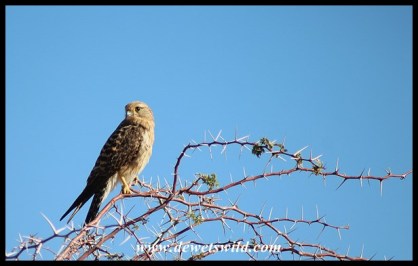 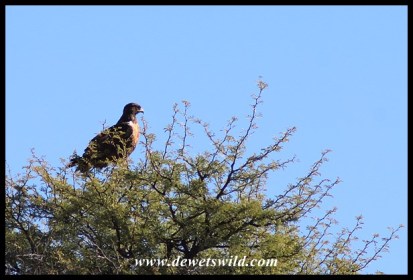 Ostrich male on the run 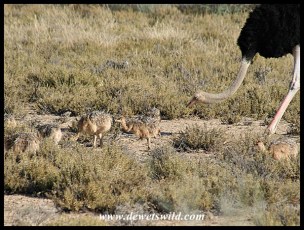 Ostrich male with his chicks 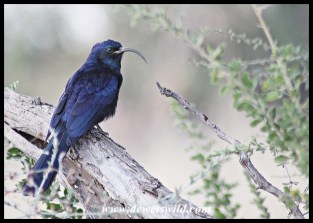 This Sociable Weaver nest near Twee Rivieren in the Kgalagadi Transfrontier Park may well be one of the biggest constructions by birds on the planet!

The Rest Camps of the Kgalagadi Transfrontier Park are excellent places to look for owls, by day or night!

Predators, both large and small, abound in the Kalahari. Africa’s three species of big cat are often seen (though the leopard eluded us when we visited in June 2018), and is one of the main reasons people undertake the long journey to visit here.

Black-backed Jackal eating from the carcass of a Spotted Hyena

Brown Hyena and Black-backed Jackals on a carcass

Cheetah on a distant dune 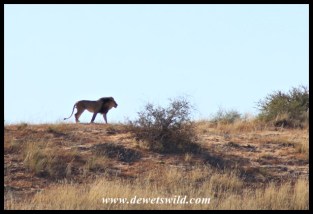 Lion on a dune 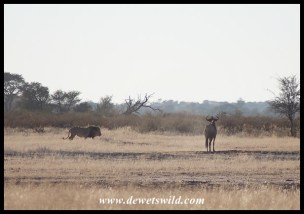 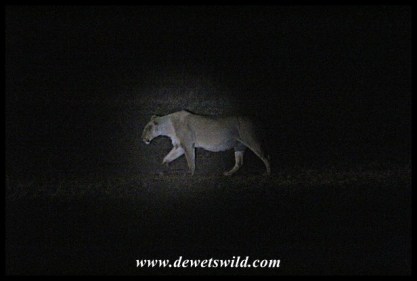 Lioness peaking over a ridge 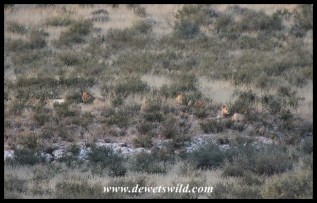 The Gemsbok is so iconic of the Kalahari that both parks that today make up the Kgalagadi Transfrontier Park (Botswana’s Gemsbok National Park and South Africa’s Kalahari Gemsbok National Park) was named after it. These beautiful animals are of the most commonly encountered large mammals in the Park. 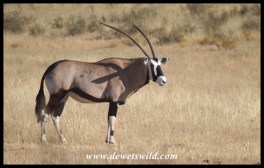 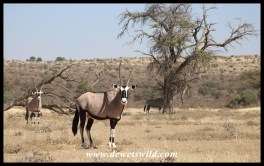 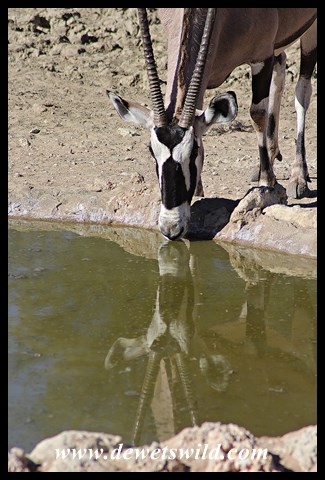 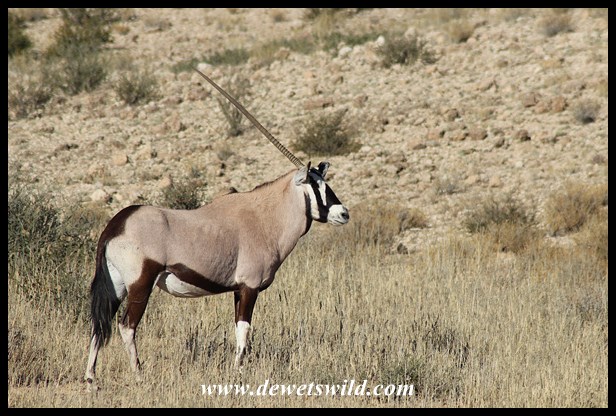 And while there may not be as great diversity among the large herbivores in the Kgalagadi Transfrontier Park as in some of Africa’s other great conservation areas, the antelope, giraffe and warthogs occur in such numbers that it belies the harshness of their environment.

Kudu herd atop a dune 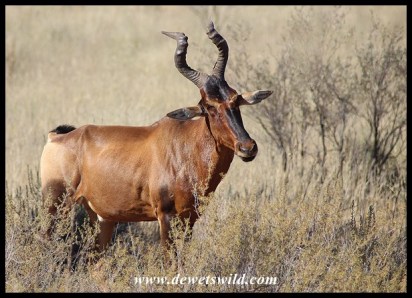 We’ll dedicate the next few posts on our blog to discover some of the Kalahari’s residents in more detail.