The 2nd of January 2020, almost at the end of our Satara Summer, delivered one of the most memorable sightings of the month we spent in the Kruger National Park. About half-way between Satara and Olifants we came across this pair of Leopards, and did they put on a show to remember! Trust us; seeing Leopards like THIS happens only very rarely… 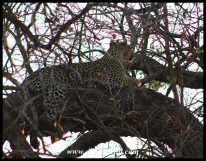 An elephants passes almost right below the young female leopard 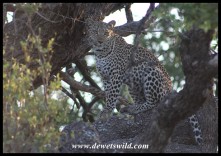 Leopardess in a tree

Her interest peaked by a growl from the male, the leopardess moves to a lower branch 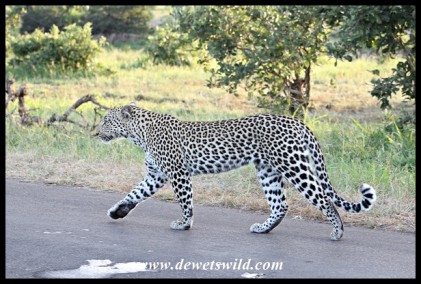 Now out of the tree, the leopardess walks towards the male… 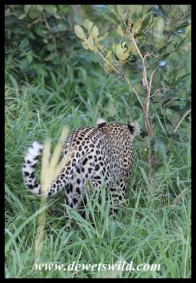 … and disappears from view in a thicket 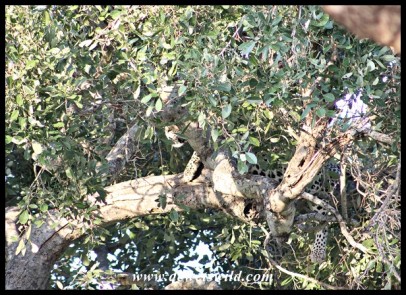 At first, the male was well hidden 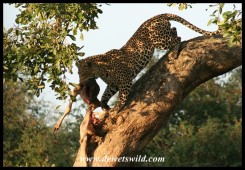 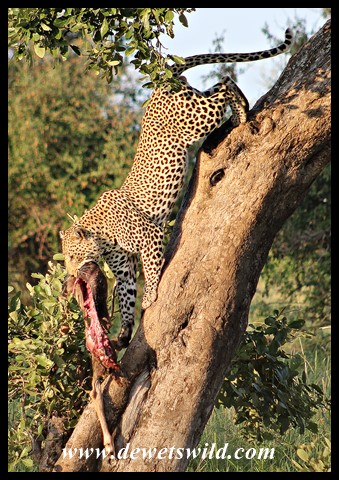 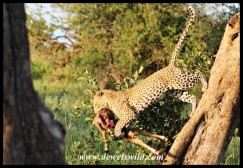 And out he jumps, to share his meal with the female away from view 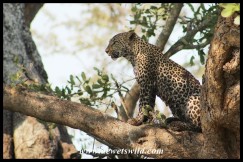 Returning to the scene later, we find the female, all muddied from a failed attempted kill, resting in a shady spot next to the road

She quickly repositions (photo by Joubert)

Leopardess in the trees

Leopardess cleaning herself, no longer interested in going after the prey that got away (photo by Joubert)
Advertisement

30 thoughts on “A most memorable encounter with Leopards”