We bid you good evening from Letaba Rest Camp, in the Kruger National Park!

We arrived through Phalaborwa Gate early this morning and will spend one night here at Letaba before moving on to Punda Maria in the morning.

We had a fleeting late-morning sighting of a leopard on the prowl, but the highlight of the day unquestionably has to be the time we spent with the magnificent old elephant bull Masthulele, currently the biggest of Kruger’s tuskers, where he was feeding in the Letaba River not far from camp.

Edit: SANParks announced in September 2017 that Masthulele died during 2016. 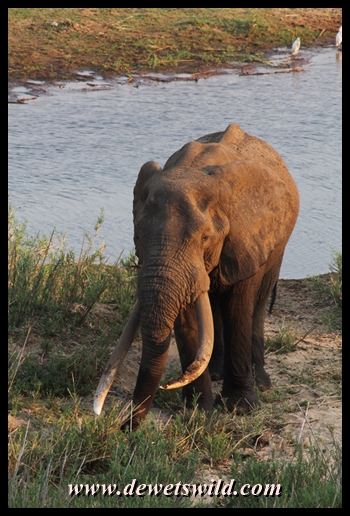