Our first morning in the Bontebok National Park started with a visit from a VERY big Rain Spider in the kitchen. Despite their large size these spiders aren’t deadly to humans (though a bite would be very painful), but considering that other visitors might overreact if they encounter this one and kill it I decided to catch it and relocate it to a suitable spot outside (and had to keep a curious Cape Bulbul at bay while the spider hid in an aloe). After all this excitement we could enjoy breakfast overlooking the Breede River as morning broke over the Lang Elsie’s Kraal Rest Camp feeling very pleased with ourselves.

The previous time we visited Bontebok it rained for most of the two days we spent in the Park, and so we didn’t get to explore much. This beautiful morning presented an opportunity to rectify that, so we got an early start to our first drive through the reserve. 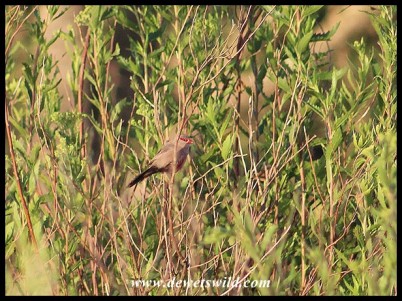 The view from Aloe Hill towards Lang Elsie’s Kraal Rest Camp, with the Langeberg in the distance

Cape Mountain Zebras on a hillside in the Bontebok National Park

Bontebok is a stronghold for the endangered Renosterveld vegetation 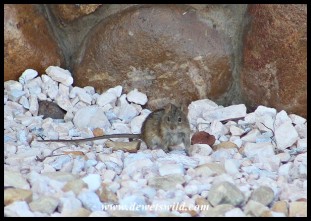 We wanted to go check out the local picnic spot, known as Die Stroom (“The Stream”) before it got too busy with day visitors. It does seem a lovely spot to enjoy a relaxed picnic while also taking pleasure in all the Park’s other attractions. 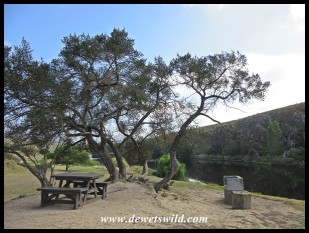 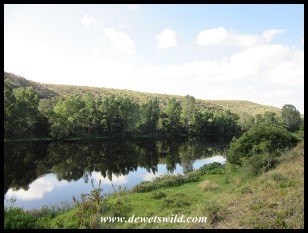 When we got back to camp one of the star attractions of the Park, a Bontebok, was waiting for us at our chalet, together with an Angulate Tortoise and lots of birds. 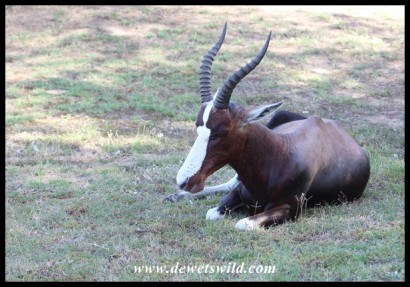 Bontebok outside our chalet at Bontebok National Park (photo by Joubert)

Another one of the things we missed out on during our previous visit to Bontebok was most of the walking trails available to visitors, so before lunch (and before it got too hot) I got going on the Acacia and Bushbuck Trails, which follow the course of the Breede River. Along the way a few viewing decks have been built overlooking peaceful stretches of the river.

Viewing deck on the Bushbuck Trail 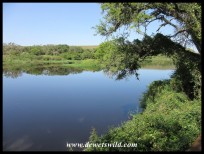 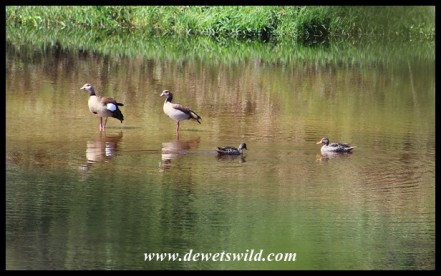 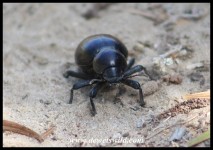 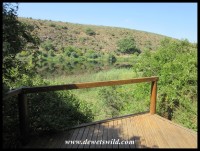 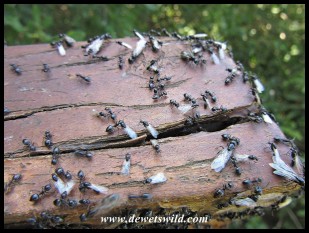 Ants exploding from their nest in a wooden bench

An as yet unidentified grasshopper 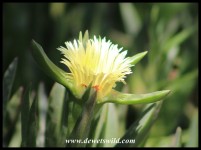 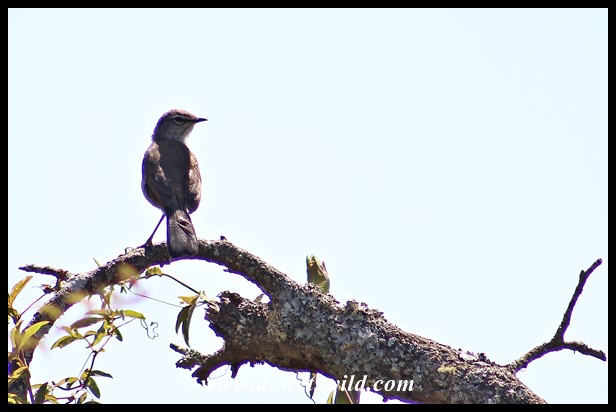 After lunch there was time to walk around the camp. 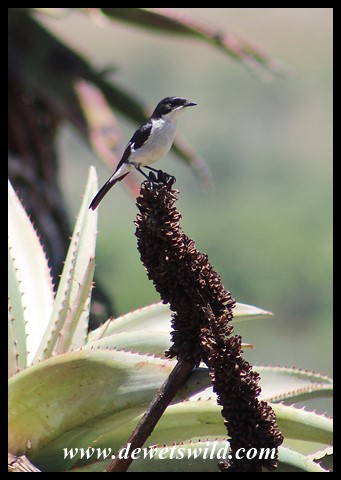 And then another circuit of the Park’s game viewing drives saw us through till sunset. 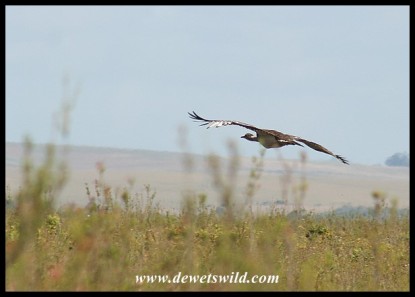 Bontebok running across our way (photograph by Joubert) 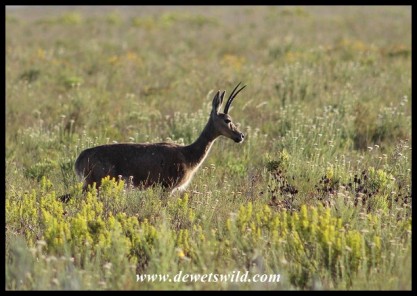 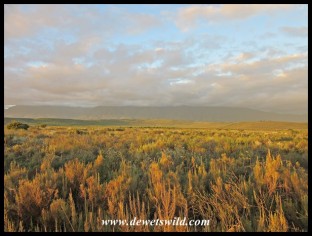 After dinner and with the camp now clothed in darkness I went down to the river to look for frogs at the water’s edge. Thrilled to find a few of three different species, though even more exciting to see was the Sharp-toothed Catfish actually jumping onto the river banks to catch any frogs sitting too close to the water! 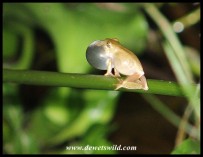 Sharptooth Catfish patrolling the water of the Breede River after dark

While away from our chalet our little “camera trap” caught this Large-spotted Genet patrolling outside.

If you’d like to learn more about the Bontebok National Park, have a read through this special feature we published after a previous visit. For more about the beautiful Bontebok antelope, read here. 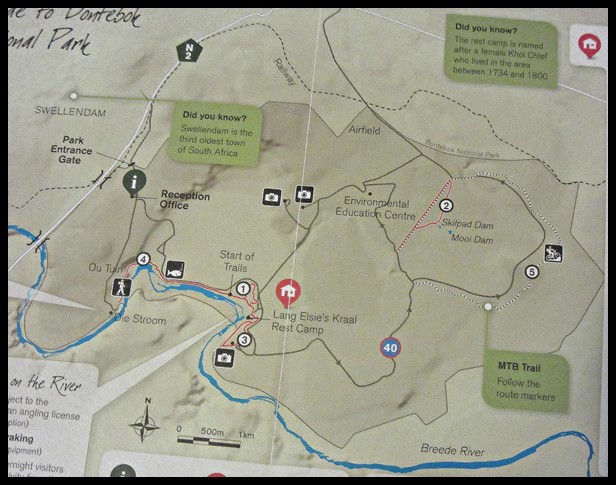 Map of Bontebok National Park, from a brochure published by SANParks