In South Africa we have two species of Epauletted Fruit Bat, often occurring together in mixed colonies and indistinguishable from each other in the field. These are Peters’s (E. crypturus) and Wahlberg’s (E. wahlbergi) Epauletted Fruit Bats. They’re distributed in the moist eastern parts of our country, with Wahlberg’s occurring from the Garden Route through to the Lowveld while Peters’s occurs as far south as the Eastern Cape coast. Both species are also found further north into central and east Africa and are considered to be of least concern by the IUCN.

Epauletted Fruit Bats are large bats, weighing around 100g with wingspans of about 50cm. They inhabit forests, riverine woodland and dense savannas in which there’s a preponderance of fruiting trees. Unfortunately their fondness for soft fruit make them a nuisance in orchards.

Epauletted Fruit Bats are mainly nocturnal though they may be seen about on heavily overcast days. They utter a frog-like pinging call, a familiar night sound in many of the wild places we visit and a personal favourite. By day they hang in deep shade in trees or under thatched roofs, often in noisy colonies numbering from a few individuals into the hundreds. They normally search for food singly, although large groups may congregate at fruiting trees. Most babies are born in early summer, with the single baby clinging to its mother’s nipples as she flies around in search of food. 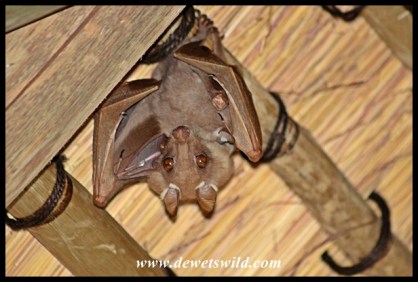 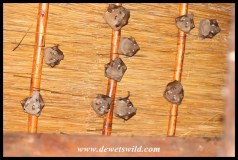 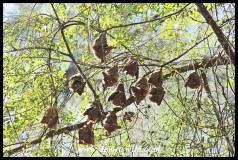 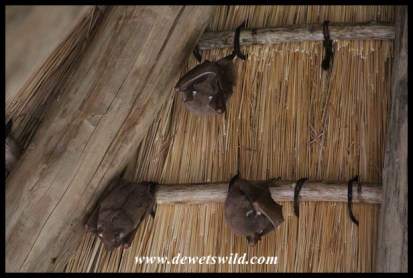