Mopani Rest Camp, named for the mopane tree with its butterfly-shaped leaves that dominates the plantlife of the northern Kruger National Park, is located just south of the Tropic of Capricorn. From its hilltop vantage point, the camp offers splendid views over the Pioneer Dam (with a rich aquatic birdlife) and the mopane plains beyond. 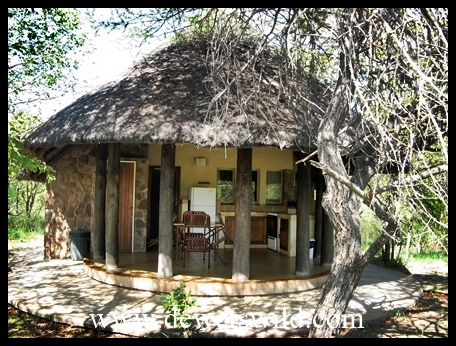 Mopani has an unfair reputation for not being a very prolific game viewing area of the Kruger Park, mostly because the mopane shrub can get extremely thick and difficult to see through.

Impalas displaying just how thick the mopane’s can get!

However, if you choose your routes carefully, the Mopani area has very much to offer; the best drive is undeniably the circular route made up of the S49, S50 and S143 gravel routes to the east of the camp that skirts the Mooiplaas and Tinhongonyeni waterholes and the Nshawu Vlei (marsh). Mopani, and especially the area around Tinhongonyeni waterhole, is a hotspot for sightings of the rarer antelope and large birds like the kori bustard, ground hornbill, ostrich and secretary bird. In fact, Tinhongonyeni is one of the best waterholes in the entire Kruger National Park for overall game viewing, and a couple of hours there will assuredly be time well spent. Elephant and buffalo thrive in the Mopani area (there’s a herd of buffalo in the vicinity more than 1,000 animals strong) and we’ve had a number of good lion and cheetah sightings in the district. 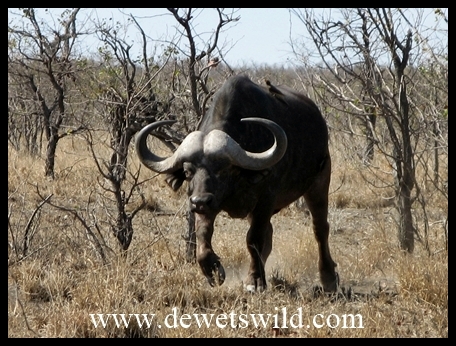 This buffalo wasn’t overly happy to have his way blocked!

Eland – a rare sighting in Kruger – at Tinhongonyeni waterhole 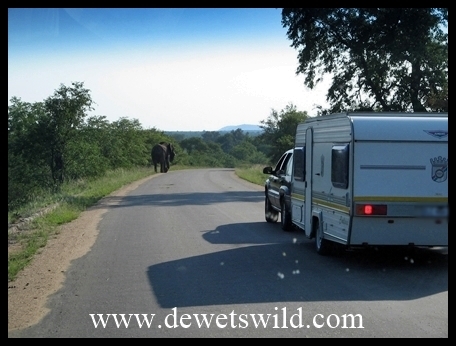 Claiming the road as his own, and who’s going to disagree?

This lion gave us a terrible fright, as we stopped right next to him without knowing he’s there (we were watching a herd of tsessebe at that moment)

Reedbuck are frequently seen in the Nshawu Vlei 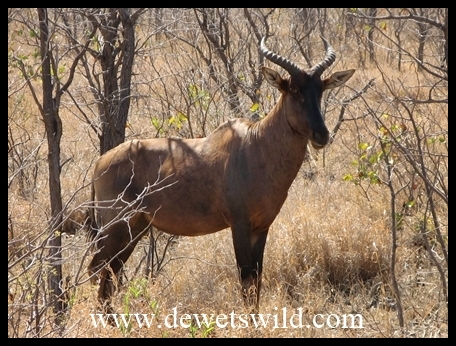 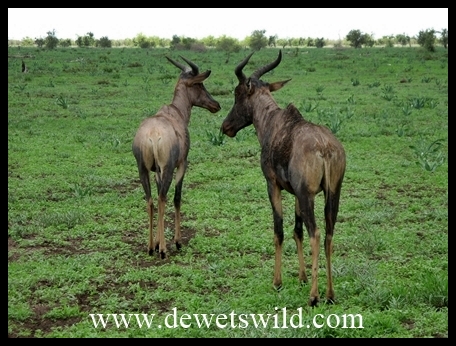 Just south of Mopani, the Shipandani Hide, which overlooks a waterhole in the Tsendze River, offers a very different overnight experience as a single group of guests at a time may occupy the hide between sunset and sunrise.

Mopani is also special to the de Wets for one more reason: it is here, in the glow of a magnificently romantic African sunset, that Marilize and I got engaged! 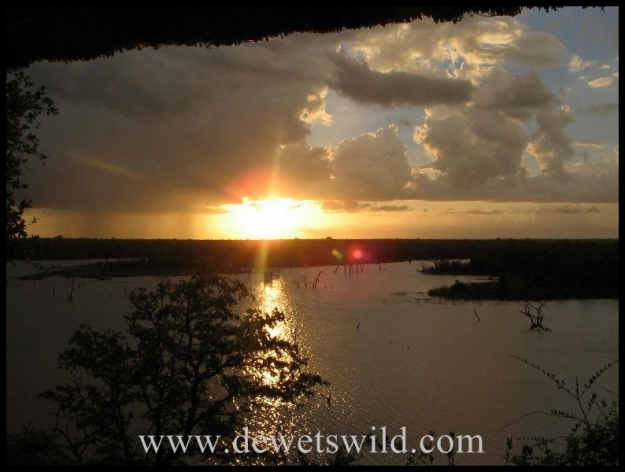 The scene was set to get down on bended knee!