No other kinds of tree are as well adapted to an existence in salty, tidal estuaries as the mangroves. Their roots are specifically adapted to not only anchor them in the muddy substrate but also allow them to “breathe” by sticking up above the mud and prevents the tree from drowning. Known as “pneumatophores”, these roots look different in the various genera of mangroves – those of the white mangrove (Avicennia marina) look like pencils sticking straight up out of the mud, the black mangrove (Bruguiera gymnorrhiza) has knee-like structures protruding before going back into the mud, and the red mangrove (Rhizophora mucronata) grow “struts” straight from the trunk. They have to contend with excessive salt in their tissues, and concentrates this in old leaves that are continuously shed and replaced. Mangrove fruit are also very interesting; seeds germinate while still attached to the flower, and some, like the black and red mangroves, even grow a cigar-shaped “root”, or “hypocotyl”, that is designed to anchor the seed in the muddy substrate when it drops from the tree.

These adaptations of the mangroves benefit the entire ecosystem by trapping silt, stabilising the substrate, and feeding the food chain. Mangrove snails (Cerithidea decollata) cling to the trunks of the trees during high tide, safely out of reach of estuarine fish that move in with the tide. At low tide, they then descend to feed on the muddy surface. Crabs abound in the mangroves. Sesarma is a genus of land-based crab that digs holes up to 2m deep into the mud and avidly collects fallen leaves into their burrows. Fiddler crabs (Uca-species), known for the males having one enormous pincer which which they display to one another and to interested females, feed by rolling scoops of mud into balls in their mouths, with the discarded balls leaving tell-tale trails where the crab has moved. Mudskippers, those uniquely adapted amphibious fish that seem to be as at home out of the water as in it, must be among the most curious of the mangrove swamps’ denizens. Estuaries in general and mangrove stands in particular are extremely important refuges and nurseries for several kinds of fish and crustaceans, making their protection an economic imperative if fisheries are to be sustained into the future and highlighting the value of conserved areas like Umlalazi.

Many kinds of wading birds feed on the rich invertebrate fauna in a mangrove swamp, with the woolly-necked stork being the most obvious at Umlalazi. The reserve’s mangroves also forms an important winter habitat for the mangrove kingfisher. Mangrove swamps, with their dense stands of trees and muddy terrain, are difficult areas for large mammals, with the exception of monkeys, to utilise.

At Umlalazi, a boardwalk constructed through a mangrove swamp allows easy access to this fascinating world – if you have only a little bit of time to explore Umlalazi, this is undoubtedly where you should spend it! 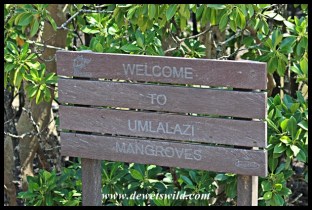 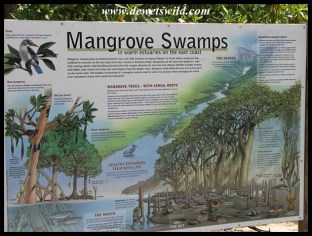 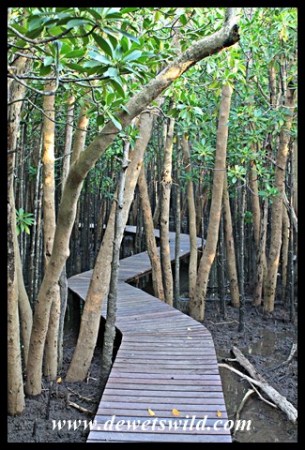 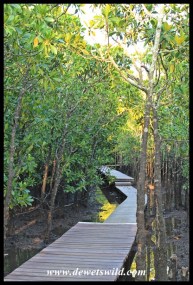 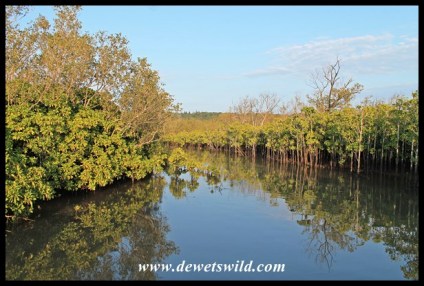 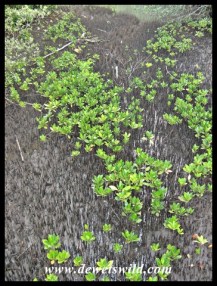 The aerial roots of white mangroves 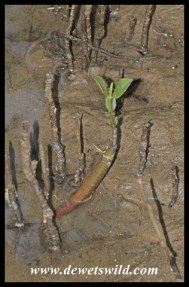 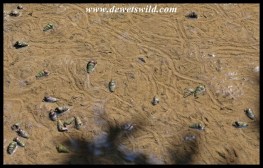 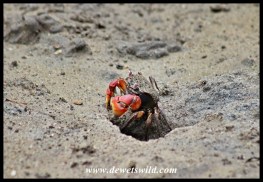 Sesarma-crab at the entrance to its hole 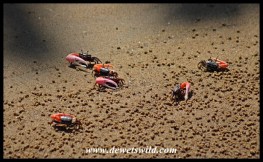 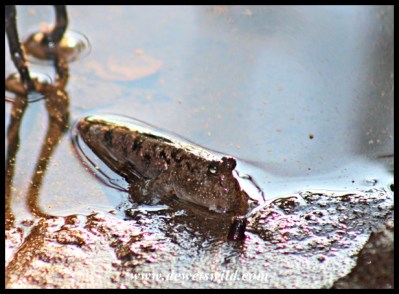 Mozambique tilapia in a pool among the mangroves 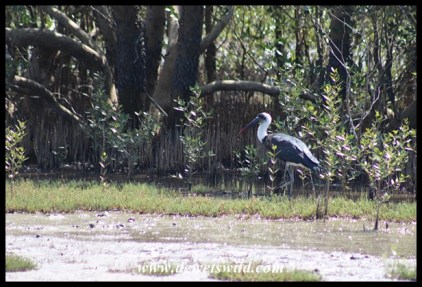 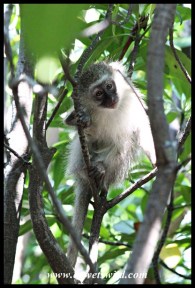 Vervet Monkey in a mangrove tree 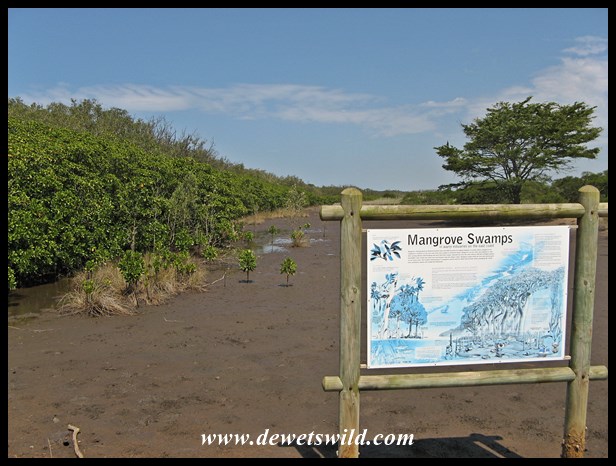 32 thoughts on “The fascinating world of Umlalazi’s Mangroves”