We’re driving along Tshwene Drive in the Pilanesberg National Park and have just passed the Korwe Link turnoff when we see two vehicles up ahead, driving very slowly. Is that ANOTHER LION in the road in front of them!? We can’t believe our luck at yet another lion sighting – our fourth for the day – and such an impressive specimen too! He proceeds close to the road for a while with his adoring fans following faithfully, then moves deeper into the veld but still more or less parallel with the road, requiring us to continue along in first gear for the occasional glimpse. 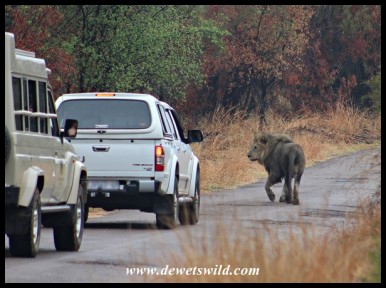 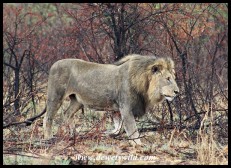 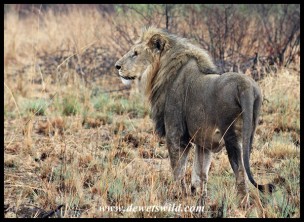 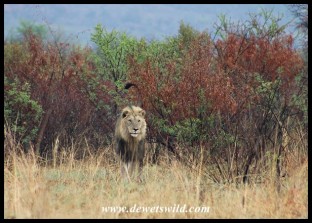 About 200m further along the road we notice a herd of giraffes, and the lion is heading right towards them. Slowly we venture forward to find the best vantage point for the impending attack, but the lion is spotted by his lofty quarry and can only roar about his disappointment… Perhaps the tsessebes another few hundred meters further along would have been easier prey, if he didn’t tell all and sundry he was there with that load roaring!

Herd of giraffes on Tshwene Drive

Herd of giraffes on Tshwene Drive 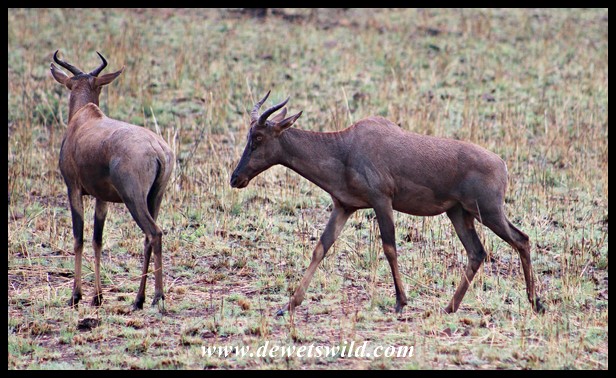 We decide to pay one last visit to the shores of Mankwe Dam, and guess what? MORE LIONS! These two are doing what lions do best – sleeping. Our fifth encounter with lions in one day at Pilanesberg is decidedly sedate compared to the others, but we appreciate it nevertheless. 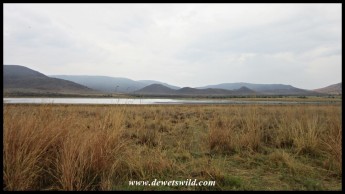 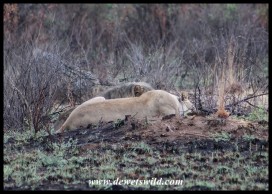 In quite a contrast, our next sighting is of two lesser striped swallows serenading each other with the chirpiest tunes at the bridge over the Mankwe stream. It’s so sweet seeing each taking a turn to listen with eyes closed to the other’s melody! 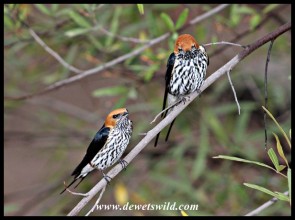 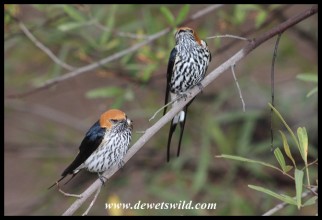 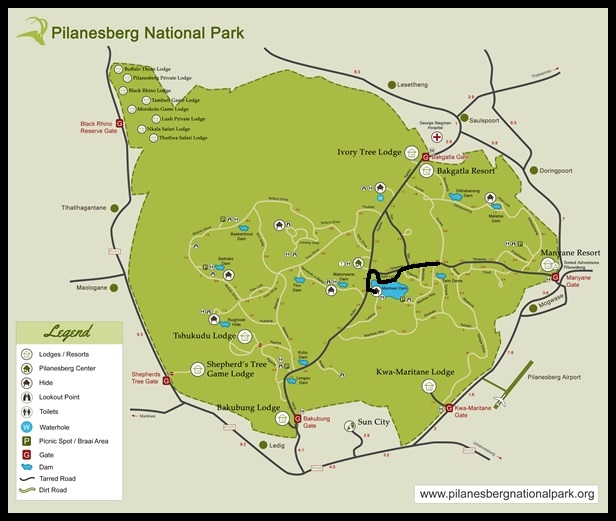 If you need to catch up on our drive through the Pilanesberg National Park, you can read all the previous posts here.

To be continued tomorrow, with the final installment.