The Spur-winged Goose is the largest member of the duck family occurring in Africa, with adults weighing up to 7kg with a wingspan of up to 2 meters (males are considerably larger than females). They are found in association with rivers, swamps, marshes and lakes, usually near stretches of open grassland where they feed mainly on grasses and grains, and will migrate over short distances should local conditions become unsuitable. They are often found associating with Egyptian Geese and feed mainly at dusk and dawn, resting on or next to the water by day.

Spur-winged Geese are gregarious, usually encountered in groups of up to 50 individuals but at times congregating in enormous flocks numbering into the thousands, especially during the 2-month winter moulting period following the breeding season, which stretches through spring and summer.  They use a variety of sites for their nests, ranging from aardvark burrows to the large disused nests of eagles and hamerkops, though they prefer to utilise hollows in large trees or dense vegetation for the purpose. Pairs are monogamous and usually nests well away from others of their kind, with there usually being between 6 and 14 goslings in a clutch. The female takes most, if not all, of the responsibility for incubation (± 7 weeks) and rearing the young, which fledge by the time they’re about 3 months old.

The IUCN considers the Spur-winged Goose to be of least concern, and despite being hunted for meat their populations seem to be growing. They occur over almost all of sub-Saharan Africa, and in South Africa can be found in every province, being absent only from the driest parts of the Northern Cape. 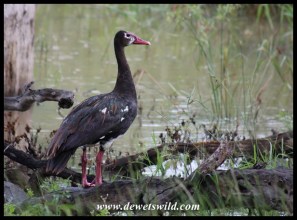 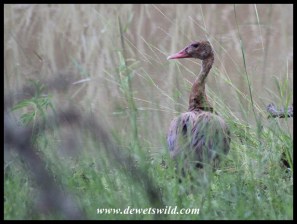 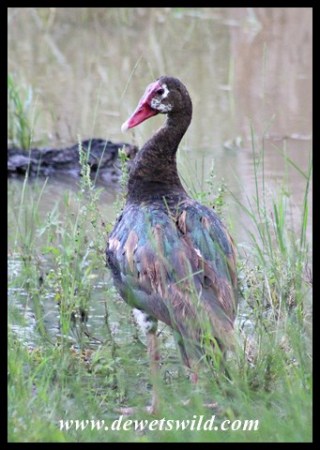 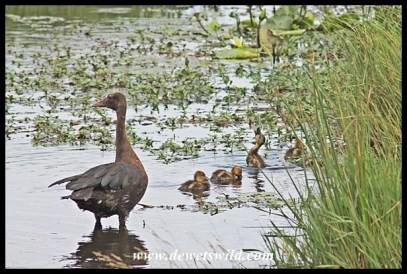 Spur-winged Goose coming in to land 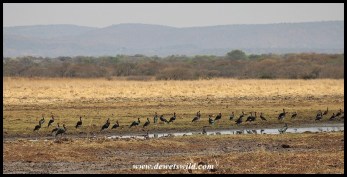 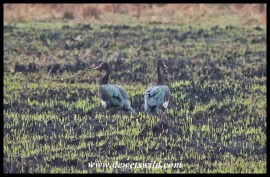