Middle-May presented an opportunity to visit one of my favourite corners of the Kruger National Park with three very good friends. We set off early on the Friday morning and returned the following Monday, having had a thoroughly enjoyable time exploring the wilds around Mopani Rest Camp. I’ve already shared with you some of what we saw – the exhilarating waterbuck fight, a towering elephant bull owning the road and the love of a mother hyena for her cubs – but of course in a paradise like Kruger there’s still much more to be seen, and shared!

When going to northern Kruger, apart from Impalas, there are three things you just KNOW you are going to see: Elephants, Buffaloes and Hippos!

Buffalo cow without her horns

Elephant in the rear-view mirror

Elephant along the stream

Elephant drinking from a reservoir 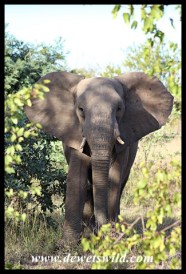 Young elephant trying to figure out whether to fight or flee 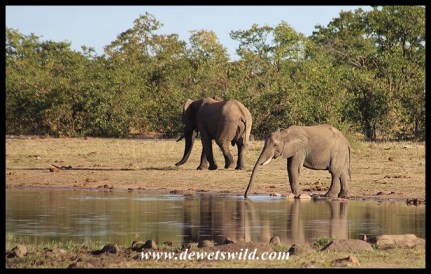 Elephants drinking from a seasonal pan

Among all the beautiful elephants we saw, our most prized sightings were of Masasana and Ndlovane, two of the big tuskers that call the Kruger National Park home. 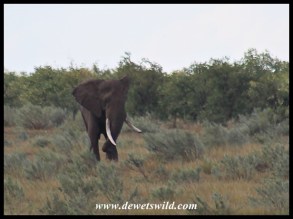 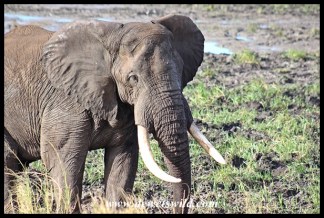 Early on the Saturday morning we thought we were going to be extremely lucky and see a pride of Lions take down a Blue Wildebeest at Tinhongonyeni waterhole. A passing rain shower however dampened the lions’ appetites and they went off to search for a drier spot among the dense mopane trees close-by. 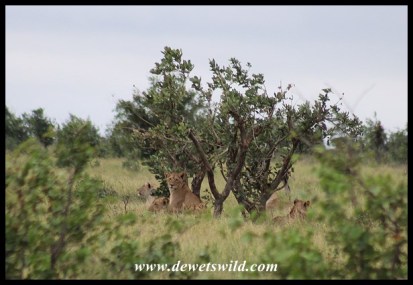 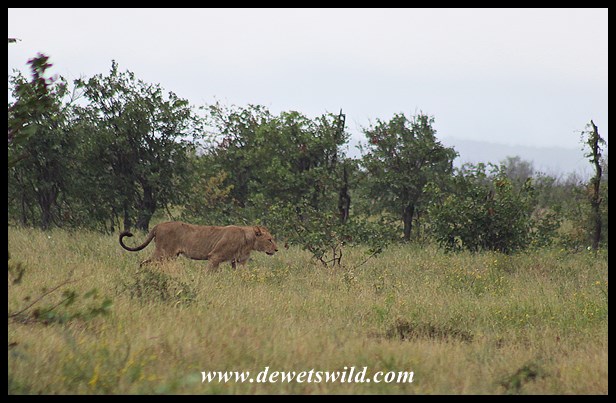 Apart from the lions there were several predators in evidence around Mopani on this visit, with Black-backed Jackals and Spotted Hyenas being especially common. 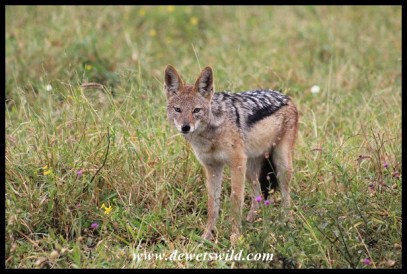 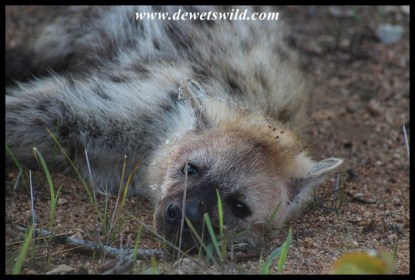 Leopard captured on my camera-trap on the camp perimeter

And of course all those hungry meat-eater mouths rely on a steady supply of herbivores, which Mopani has no shortage of, especially around Tinhongonyeni and Mooiplaas Waterholes and in the marshland along the course of the Nshawu stream. 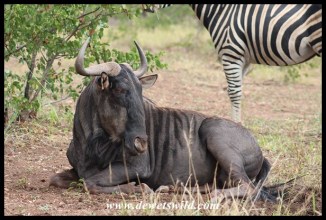 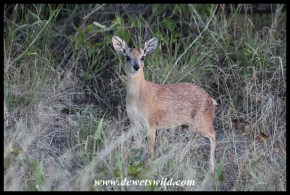 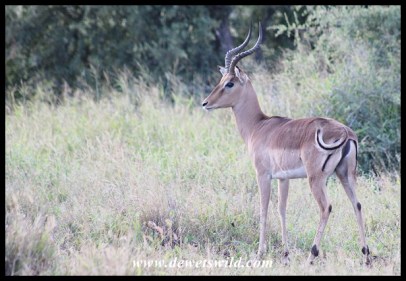 Waterbuck herd on the banks of the Pioneer Dam near Mopani 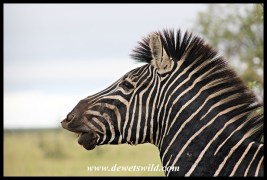 Kruger is always a paradise to birdwatchers, even now that most of the summer migrants have departed for warmer climes. 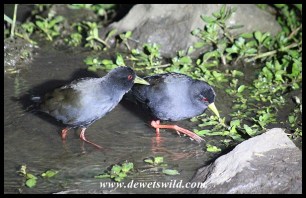 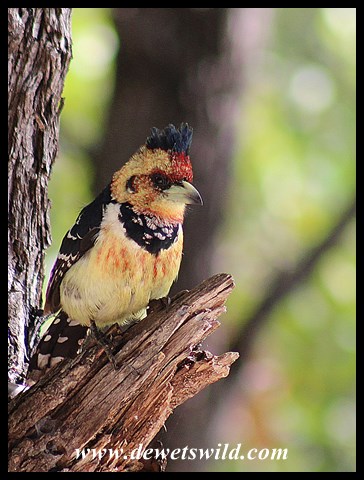 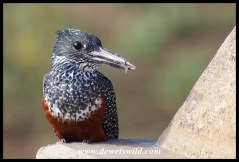 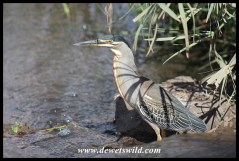 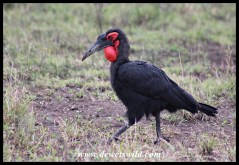 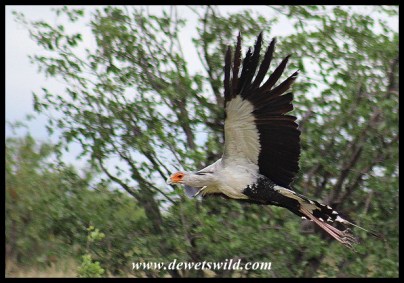 We always try to pay special attention to the interesting world of smaller creatures so often overlooked in a wild place like Kruger. 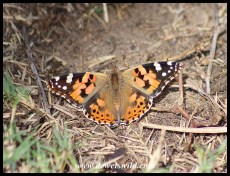 And then on the other side of the scale is the Park’s magnificent scenery! 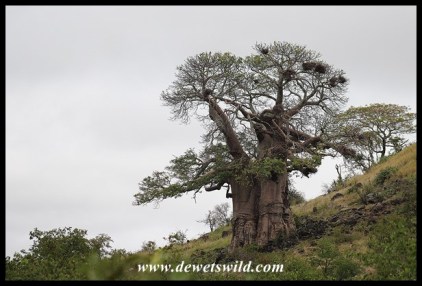 Stand of Euphorbias on the hill at Shipandani

Pan on the Shongololo Loop

Sunset over Pioneer Dam near Mopani

The Kruger National Park is such a special place, and what a wonderful experience it was to share a piece of it with good friends!

27 thoughts on “Wrapping up the “Dads Trip to Mopani””