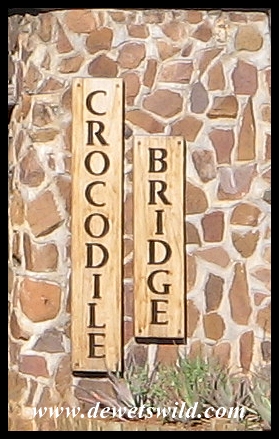 Almost right in the south-east corner of the Kruger National Park lies quaint Crocodile Bridge, which serves both as an entrance gate into the Park and a rest camp providing overnight accommodation and other amenities to visitors. 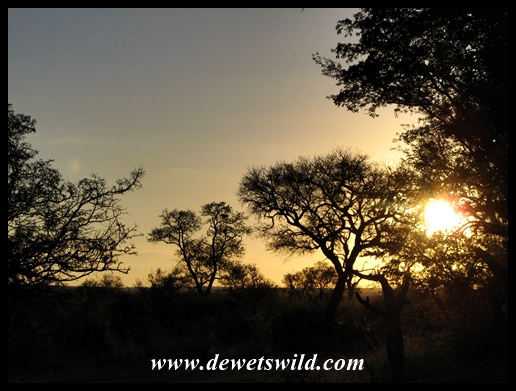 The first Europeans to set foot in what is today the Kruger National Park was a Dutch expedition from Delagoa Bay (today Maputo, Mozambique) in 1725, under command of Francois de Kuiper, who was forced to turn around at Gomondwane just north of Crocodile Bridge by antagonistic locals.

By 1894 work started on the railway bridge across the Crocodile River, an important section of the Selati Line. 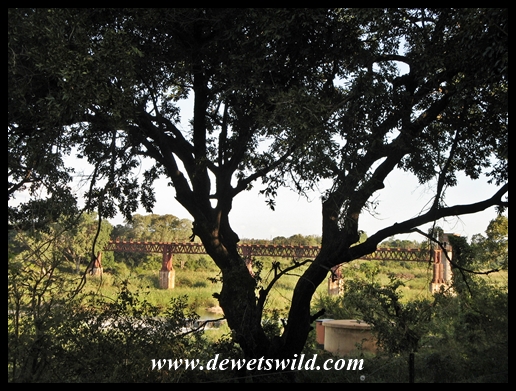 Crocodile Bridge was one of the first four ranger stations in the Sabie Game Reserve, which later became the Kruger National Park. The first stretch of road in the Park was built by ranger de la Porte from Crocodile Bridge to his post at Lower Sabie for use by his personal Model-T Ford, but it was too rough to be used by visitors and so had to be upgraded soon after the Park’s proclamation in 1926. The pontoon over the Crocodile River was in use until 1945, the last in the Park to be replaced with a low-level causeway. 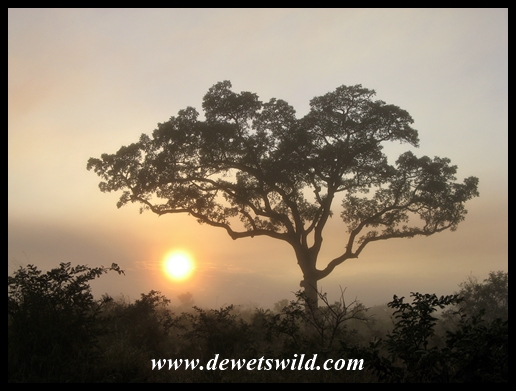 In March 1929, the Crocodile Bridge area was the scene of one of the most notorious events in the young Park’s history. Two lorry loads of American tourists, visiting South Africa on a cruise ship tour, were driven into the Park on their way to Lower Sabie, when they were caught in a thunderstorm and decided to turn back. A dry stream they had crossed earlier was now in flash flood, but the drivers decided to cross it nevertheless, with dreadful consequence, as the first truck was summarily overturned by the raging water. Luckily no one was killed or seriously injured. When lions started roaring nearby, the soggy tourists climbed into the thorn trees and this is where the local ranger found them hours later; cold, miserable, wet, muddy and tattered. The subsequent reports all over the world describing the Park as a “death trap” lead to it being closed to visitors annually through the wet season, a ruling that was scrapped only in the late 1970’s. 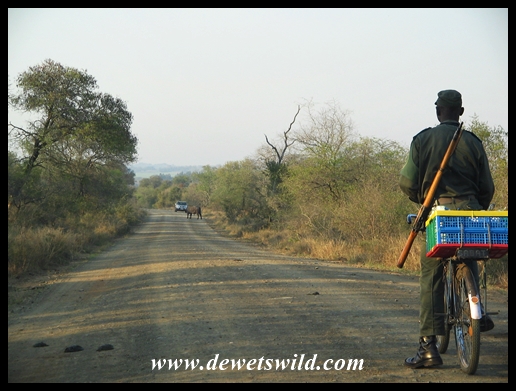 The perils of working as the ranger guide at the Hippo Pools – a herd of buffalo may just cause you to be late for work!

Today, the area around Crocodile Bridge is one of the most popular regions in the Park – little wonder considering that the immediate area around the camp supports large numbers of a huge variety of animals and birds. The tarred road leading to Lower Sabie carries most of the “traffic”, and so we prefer to travel on the gravel roads instead when we are in the vicinity. The S25 road that follows the course of the Crocodile River westwards towards Malelane is a particular favourite that often delivers sightings of predators. A short turn-off from this road takes you to the Hippo Pools, where an armed ranger escorts visitors to the river’s edge for a closer view of the hippos, crocodiles and riverine birds. The S28 Nhlowa Road is an alternative, and highly recommended, route through to Lower Sabie. Near camp, Gezantfombi Dam is just the place to enjoy that first morning coffee or to while away the last couple of minutes before the gates close for the night. 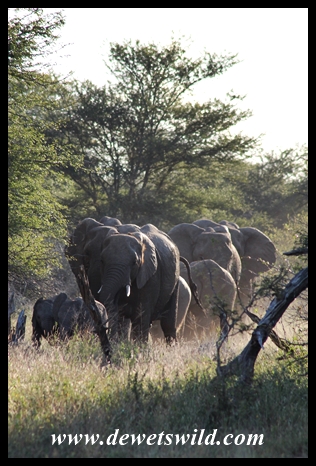 Elephants on the move 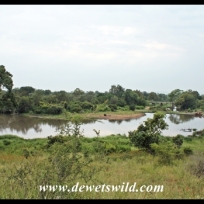 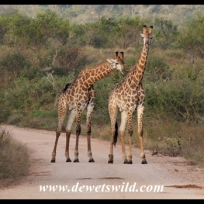 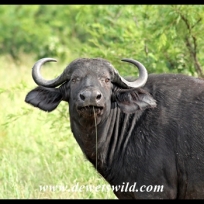 Buffalo are numerous around Crocodile Bridge 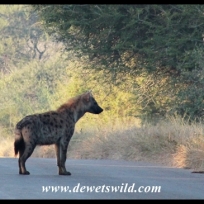 Spotted hyena on the road to Lower Sabie 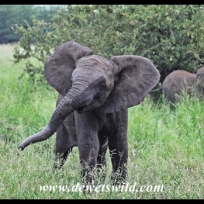 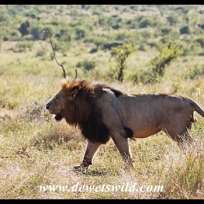 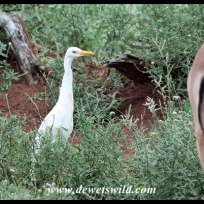 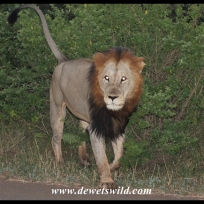 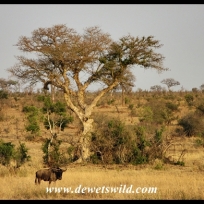 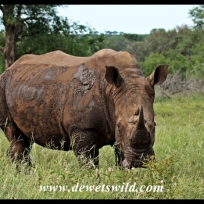 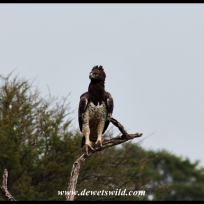 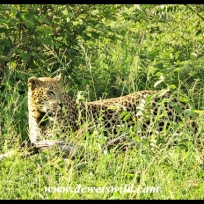 Leopard on the Crocodile River road

The camp lies on the bank of the Crocodile River and its shady grounds are frequented by a myriad of small animals and a rich birdlife – just keep a watchful eye on the little vervet monkeys who’ll part you from any food left in the open in the blink of an eye! Crocodile Bridge first opened to visitors in the 1930’s but was completely rebuilt in 1987. It offers twenty 3-bed bungalows with their own bathrooms and kitchenettes, eight safari tents that make use of communal facilities, and a small campsite (with plugpoints). The camp also has a small, but well stocked, shop and a fuel station. 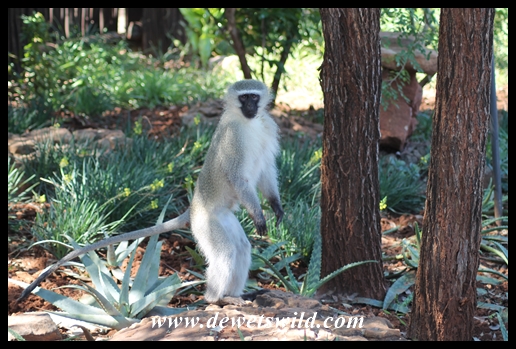 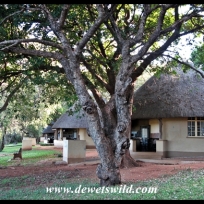 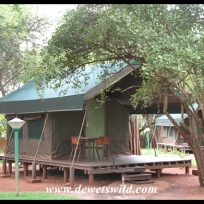 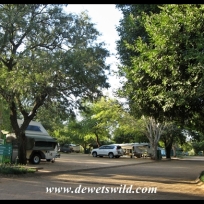 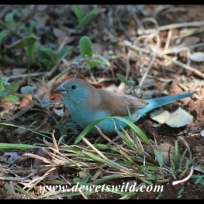 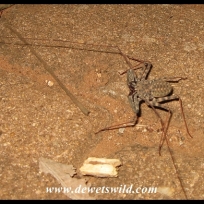 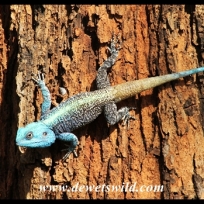 It’s the family-friendly atmosphere that draws us to Crocodile Bridge most. The spacious, green, shady lawns of the camp, the game-rich surroundings and the peacefulness of it all will see us return again and again… 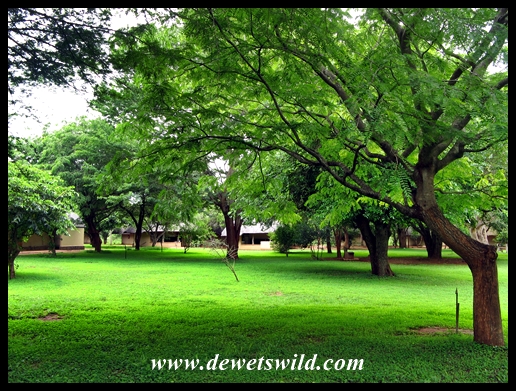